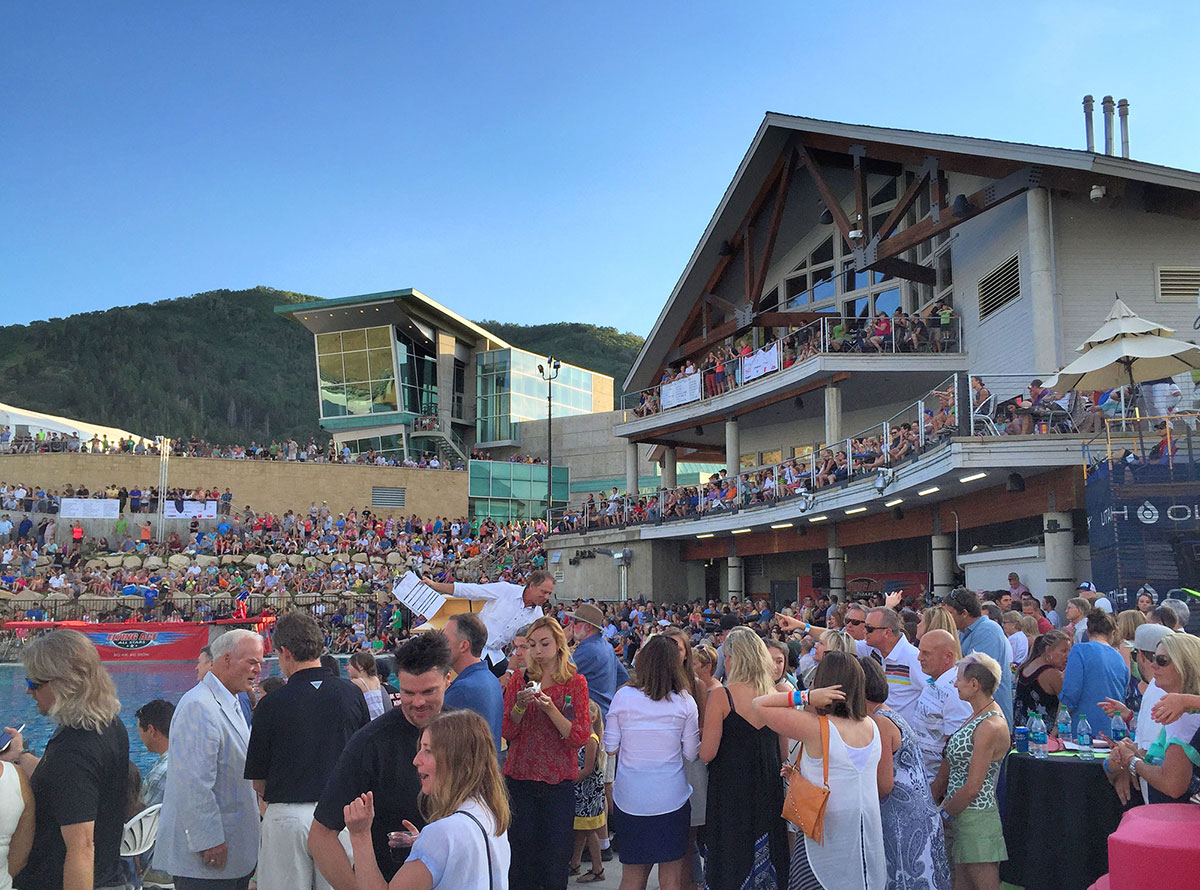 Located 28 miles east of Salt Lake City near Park City, Utah the Olympic Park is a winter sports park built for the 2002 Winter Olympics. The Olympic Park originally hosted the bobsleigh, skeleton, luge, ski jumping and Nordic Combined events for the 2002 games, with more than 2,500 Olympians representing 77 countries attending the games in Utah.

Now under the careful stewardship of the Utah Olympic Legacy Foundation created to carry on the positive impact of the 2002 Winter Games for Utah and visitors from all over the world, the Olympic Park still serves as a training centre for Olympic and development level athletes to ensure long-term viability and relevance of Utah’s Olympic Legacy efforts.

Home to six Nordic Ski Jumps, a 1,335 metre sliding track, freestyle aerials winter training and competition hill and a 2,000,000-US gallon training pool, events are held throughout the year, including throughout the summer months.

Using a Cloud DCM-1e Zoned Audio Mixer at the heart of the audio system and a number of Cloud CXV and VTX series amplifiers connected to existing SoundTube and One Systems high and low impedance loudspeakers, the DCM-1e allows for wireless zone control and show mode presets at the touch of a button from the front panel or remotely via a mobile device.

Several thousand spectators were on-hand last week to witness the grand re-opening of the park, with larger than anticipated crowds enjoying the improved audio experience.

Use the buttons below to share this Case Study.