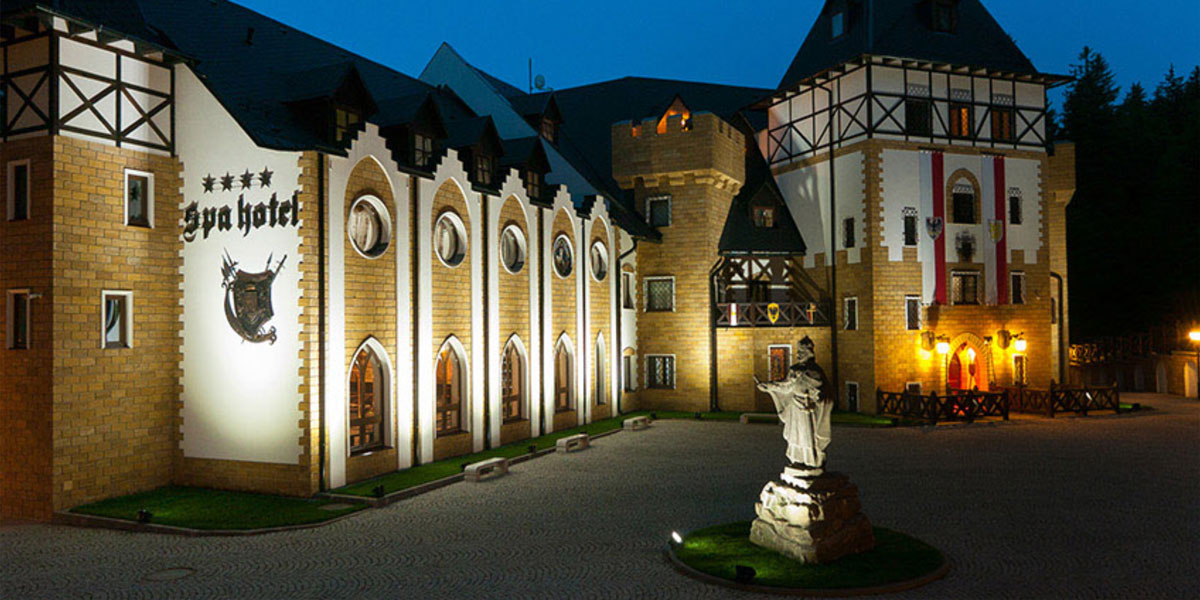 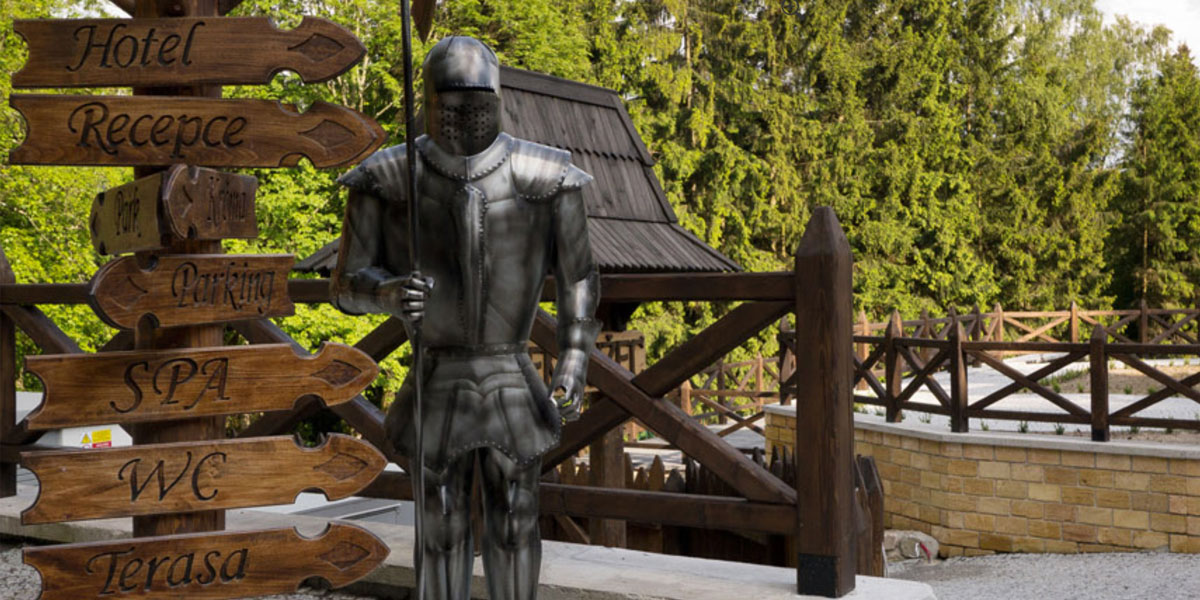 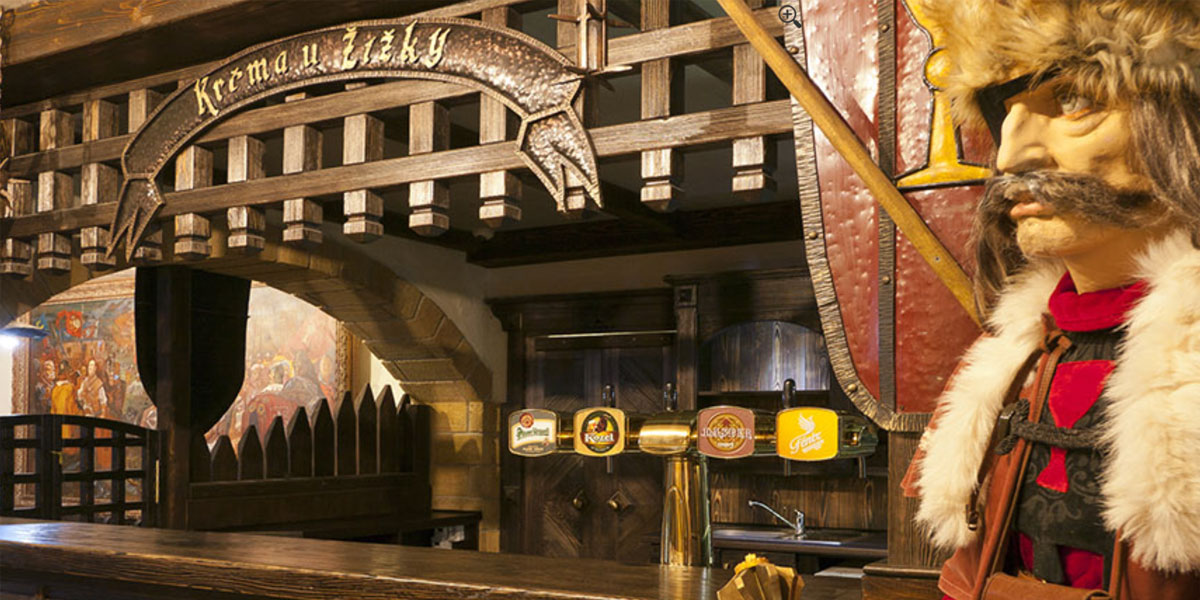 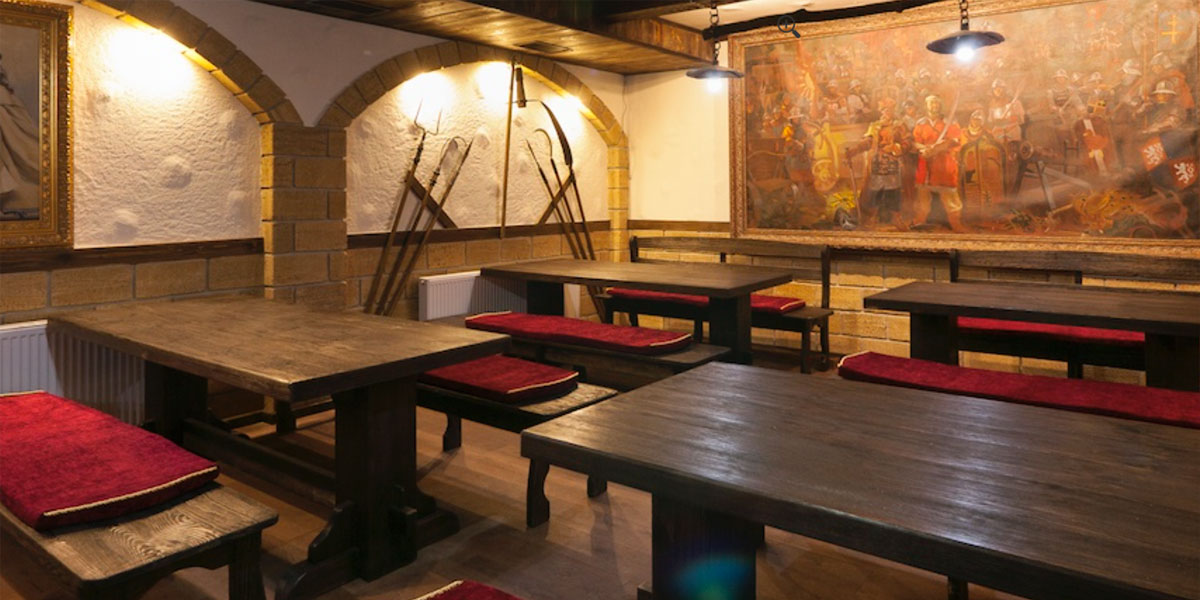 Steeped in history dating back to the 14th Century, the Luzec Chateau Spa Hotel near Karlovy Vary which has been an extraordinarily popular Czech spa for more than 600 years has a history of people ascribing healing powers to Karlov Vary’s thermal springs long before the establishment of the town. Luzec Chateau was built on the basis of a royal decree of the Czech King Charles IV in the 14th Century as a place the King could spend the night during the royal hunting season.

Today the Luzec Chateau Spa Hotel is a modern representation of the hunting lodge of King Charles IV with its appearance and interior furnishing stylised to transport you back in time into the glorious history of the 14th Century Chateau. Enormous decorated metal doors, historical lamps, armour, royal coats-of-arms, trophies and the architecture itself allow guests to delight in the royal pomp and cosiness, to maximum effect.

The hotel is often a chosen destination for the world’s glamorous, rich and famous seeking recreation and treatment there, as well as attending the annual International Film Festival, celebrated by European and American movie stars for more than the last fifty years.

Local distributor of professional audio equipment, Audiopro Ltd, were called in by the Luzec Chateau hotel to plan and install a sound reinforcement system for selected areas of the hotel, including the stylish medieval tavern restaurant and exterior pavilions, capable of seating 80 guests indoors and a further 42 guests outside.

Audiopro has been operating in the Czech market since 2002 and is an authorised distributor for a number of professional audio brands, professional AV equipment and multi-media products for commercial and domestic use in the Czech Republic.

Lukas Kral, Sales Manager (Technical) for Audiopro commented “A clear choice for managing the sound distribution in the Medieval Tavern at the Luzec Chateau was the two-zone Cloud 36/50 mixer amplifier, to which we connected an number of ElectroVoice (EV) Evid 4.2 loudspeakers. The second zone output of the 36/50 allowed us to connect the Dynacord WL90r loudspeakers and control the volumes independently in the outdoor pavilions as well”.

“The hotel and guests are now able to fully enjoy a variety of corporate events, weddings and themed celebrations with the benefit of high-quality distributed audio as well” added Kral.

Use the buttons below to share this Case Study.